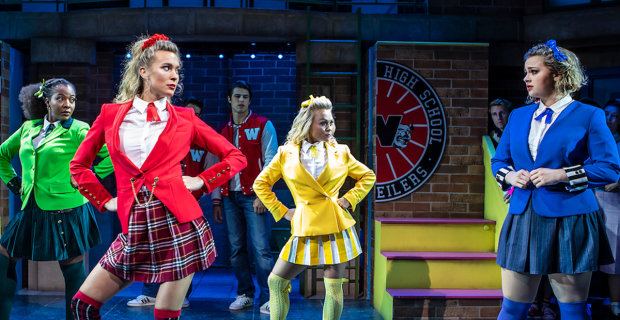 Heathers the Musical, starring Carrie Hope Fletcher, will transfer to Theatre Royal Haymarket after concluding its run at The Other Palace later this summer.

It will run at the West End venue from 3 September to 24 November.

The show first opened at The Other Palace last month, after having a work-in-progress production at the venue’s downstairs space in 2017.

Starring Fletcher as Veronica Sawyer, Jamie Muscato as Jason Dean and Jodie Steele, Sophie Isaacs and T’Shan Williams as the titular Heathers, the musical is about a teenage misfit who gets taken under the wings of three beautiful people called the Heathers. It is based on the 1988 cult movie that starred Winona Ryder and Christian Slater. The full cast for the West End production will be announced in due course.

The new production has direction from Andy Fickman, choreography by Gary Lloyd, design by David Shields, lighting by Ben Cracknell, sound by Dan Samson and casting by Will Burton.