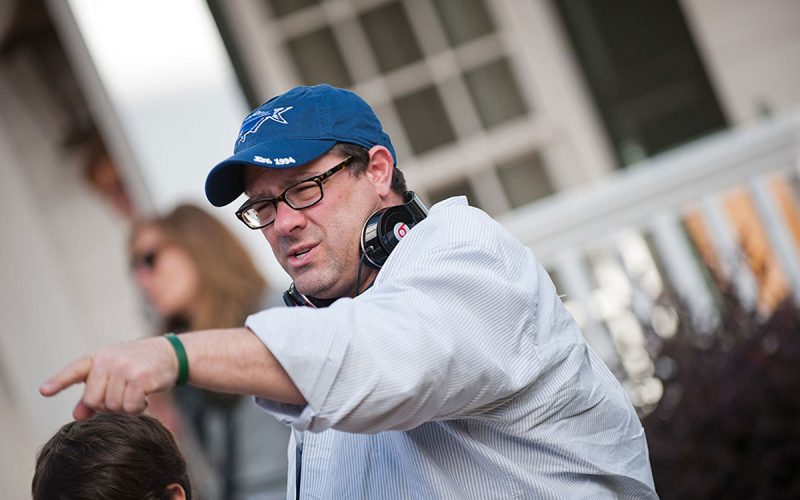 Fickman directed and produced all four seasons of his Disney Channel hit series Liv & Maddie through his production company, Oops Doughnuts Productions, which he runs with his producing partner, Betsy Sullenger. Liv & Maddie was nominated for a Teen Choice Award for Best Comedic Television Show and Best Comedic Actress as well as a BAFTA and Humanitas Award. He also helmed Austin & Ally for Disney Channel, The Odd Couple for CBS, and Recovery Road for Freeform.

Fickman, along with his partners, Emmy-award winning Kevin Murphy and Tony Award-nominated Larry O’Keefe, developed the stage musical version of Heathers: The Musical, which sold out its entire run in Los Angeles. Heathers transferred to New York for an extremely successful run at New World Stages where it was nominated for multiple Drama Desk and Lortel Awards. Fickman also just directed a sold out workshop of Heathers in London at Sir Andrew Lloyd Webber’s The Other Palace Theatre.

Previously, Fickman directed the smash hit Parental Guidance from 20th Century Fox/Walden Media, as well as She’s The Man, which won a Teen Choice Award for Best Comedy. His other past film directing credits include Touchstone’s romantic comedy You Again. This was Fickman’s third outing with Disney following his two major hits Race to Witch Mountain, and ESPY nominated The Game Plan.

Fickman, under Oops Doughnuts Productions, teamed up with Justin Lin’s YOMYOMF Network for two successful seasons of Internet Icon, where contestants competed in an effort to become the next big internet star. Season one and two have attracted over twenty-four million viewers. Fickman also served as Executive Producer on the Web Series, Lovin’ Lakin starring Christine Lakin, which airs on Hulu and YouTube.

Fickman directed the critically acclaimed stage musical Reefer Maddness for which he won both the Los Angeles Drama Critics Award and The Ovation Award for Best Director. Fickman then went on to helm the Emmy Award winning film version of the stage musical for Showtime. Reefer Madness premiered at the Sundance Film Festival and went on to win the Premiere Audience Jury Award at the Deauville Film Festival and Best Picture at the International Satellite Awards in addition to winning High Times Magazine’s prestigious Stony Awards not once, but twice.

Fickman was a producer on Columbia’s hit film Anaconda, and also directed the indie comedy Who’s Your Daddy?

Fickman’s other success’ on the stage include Jewtopia, Sneaux!, Les Girls 4, We The People, and The Marrieds. Fickman has directed five seasons of Rosie Perez’ star-studded benefit for Urban Arts, 24-Hour Plays.

Fickman was co-founder and managing director of the critically acclaimed Fountainhead Theatre Company and was directly involved with their productions Pretty Fire, Culture Clash, and Big Al. Fickman’s first job in Hollywood was a tour guide at Universal Studios. 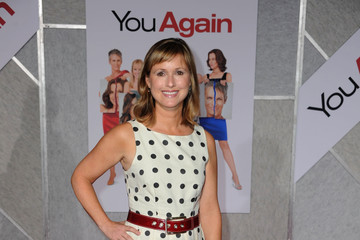 As director Andy Fickman’s producing partner, Betsy Sullenger runs development and production at Oops Doughnuts Productions, which focuses on film, television and web content. Having been an executive producer on all four seasons of their hit Disney Channel show LIV AND MADDIE, Betsy was also a producer on the Paramount film THE SCOUTS GUIDE TO THE ZOMBIE APOCALYPSE and was Co-Producer on YOU AGAIN, a Disney film starring Kristen Bell, Jamie Lee Curtis and Sigourney Weaver. Other projects that Oops is developing include THE BEST CHRISTMAS PAGEANT EVER with Walden, a musical television series with Netflix, and a docuseries with Appian Way and Original Productions.

In recent years, Oops has become active in the digital space. They teamed up with director Justin Lin and his YOMYOMF You Tube channel to create one of the most successful Google-funded shows on You Tube called INTERNET ICON, which sought to crown the next big YouTube star. The show has run two seasons so far and has garnered over 25 million views. Additionally, they produced the web series LOVIN’ LAKIN, a comedy starring child actor Christine Lakin and featuring appearances by Seth McFarlane, Kristin Chenoweth, Kristen Bell and Jamie Lee Curtis. LAKIN won Best Web Series Pilot at the New York Television Festival.

Prior to ODP, Sullenger spent 10 years at Middle Fork Productions, where she was involved in the development and production of several films. She oversaw development and was Associate Producer on Fickman’s first film, teen comedy WHO’S YOUR DADDY? Sullenger also served as Post Production Executive on STEALING BESS, a comedy by the creators of the international hit “Stomp” and co-produced by Quincy Jones. Among other projects she worked on while at Middle Fork: the PBS documentary GOOD ROCKIN’ TONIGHT about Sun Records, and the hit film ANACONDA and its sequel. She also produced the World Premiere of the award-winning stage musical SNEAUX!, directed by Fickman and starring Kristen Bell, which had a six month run in Los Angeles. Additionally, she produced the short film, MEXICAN HAT, a sci-fi western which shot in Monument Valley, Utah and won the Best Short Film award at both the New York Independent Film Festival and the Chicago Horror Film Festival. It was invited to screen at Comic Con and the Santa Barbara Film Festival.

Prior to Middle Fork, Sullenger worked in television at Paramount on such shows as CHEERS and WINGS.