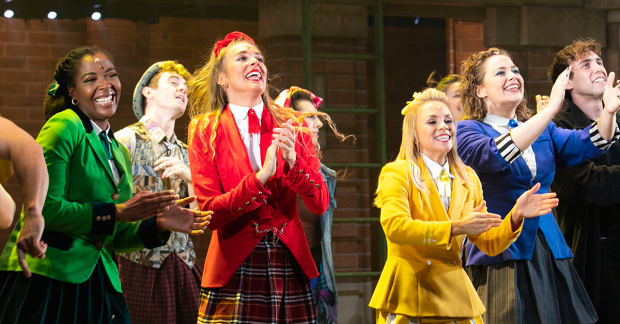 Per WhatsOnStage, The full West End cast recording of Heathers the Musical has been released.

The UK premiere of the hit musical, which opened at The Other Palace before transferring to Theatre Royal Haymarket in September 2018, starred Carrie Hope Fletcher as Veronica Sawyer alongside Jodie Steele, T’Shan Williams and Sophie Isaacs as the three titular Heathers.

Featuring iconic songs such as “Beautiful”, “Candy Store” and “Dead Girl Walking”, the West End cast recording is the first since Laurence O’Keefe and Kevin Murphy’s musical first premiered off-Broadway in 2014. The new version will also include songs put into the show for its West End premiere.

The new production was directed by Andy Fickman, with choreography by Gary Lloyd, design by David Shields, lighting by Ben Cracknell and sound by Dan Samson.