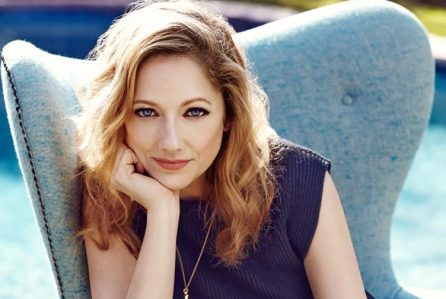 Per Deadline, Judy Greer is set to star opposite John Cena in Paramount Players’ upcoming Playing With Fire from director Andy Fickman.

The Halloween star will play Dr. Amy Hicks in the pic who is the love interest to Cena’s John Carson. In Playing With Fire, a depot in the remote Eastern Sierras becomes an unlikely safe haven for a trio of orphaned kids who are determined to stay together after learning of Social Services’ plan to send them to separate foster homes.

Greer can next be seen in Nick Hamm’s John DeLorean biopic Driven alongside Jason Sudeikis and Lee Pace which made its world premiere at the Venice Film Festival last fall. She is also starring in Richard Linklater’s March 22 theatrical release Where’d You Go, Bernadette opposite Cate Blanchett, and Buffaloed opposite Zoey Deutch and Jermaine Fowler. In the past two years Greer has appeared in 12 feature films including Ant-Man and the Wasp, 15:17 to Paris, War for the Planet of the Apes, and the Sundance Film Festival premieres Lemon and Wilson among others.

On the TV side, Greer recently starred in Showtime’s Jim Carrey series Kidding. For the past ten years, Greer has voiced the role of Cheryl/Charlotte on the FXX Emmy-winning animated comedy Archer and also voices the lead role of ‘Luna’ on the PBS kids show Let’s Go Luna. Previously, Greer starred in the FX comedy series Married opposite Nat Faxon and has recurred on Netflix’s Arrested Development, Hulu’s Casual, CBS’ Two and a Half Men and Showtime’s Masters of Sex.

In 2012, Greer made her Broadway debut opposite Katie Holmes in Dead Accounts and in 2014, released her first book, I Don’t Know What You Know Me From: Confessions of a Co-Star.

Greer made her feature film directorial debut with A Happening of Monumental Proportions in 2017. Produced by Artists First and Depth of Field, the feature stars Common, Bradley Whiteford, Allison Janney, Jennifer Garner, Anders Holm, Katie Holmes, Rob Riggle and Storm Reid. The film premiered at the Bentonville Film Festival in May 2017 where it won the Audience Spotlight award.

Greer is repped by Artists First, CAA and and attorney Fred Toczek.